Wars consume warriors unless a community declares war on itself. In the United States, we are coming off a long run of enhanced penalties, minimum mandatory prison sentences, incarcerating addicts, and life-terming fully one in nine of those in custody. The National Association of Criminal Defense Lawyers issued a thorough report at the Open Society Foundation in Washington D.C. Read it after my review of the salient findings: it is a sobering tour of the results of a societal effort to reduce crime.

The report tells us that over sixty-five million Americans (one in four) have a criminal record. A criminal record limits lives to underclass status…permanently. Felons cannot vote. 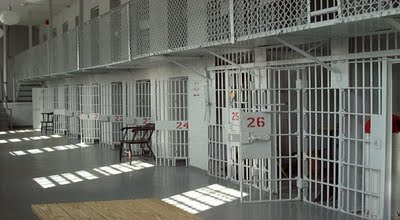 Felons are disqualified from most professions. Felons cannot obtain student loans. Felons cannot reside in Public Housing. Felons are denied educational and training programs. A household living in a public housing facility cannot receive back into their home a convicted felon family member; the entire family must be removed for housing a convicted felon. The systemic isolation and denial of the tools for rehabilitation serve neither the victim nor the community. Someone with a felony conviction is limited in his or her employment opportunities, housing and credit. In one generation, the U.S. prison population has gone up by a factor of four, as there are 2,200,000 inmates in U.S. jails and prisons, which is five to ten times the incarcerated rate of other democratic nations. One in nine inmates are in for life terms. Both Human Rights Watch and The National Academy of Sciences have researched and written on this issue.

A criminal event is both life altering and life limiting, to the victim, to the accused and to the community at large. Increasingly, as our world becomes more complex, it becomes more crushing. Addiction and incarceration are so prevalent in the population of convicted felons as to out-represent all other criminal categories including sex crimes, murders, arson, and battery. With such a substantial number of convicted felons with substance abuse, it raises questions as to the appropriate approach to addictive disorders as opposed to pure criminality. Over fifty percent of those in our State prisons are there for non-violent crimes. If the purpose of a criminal sanction, once incarceration is complete, is to rehabilitate and reform, it must deal with the reality once created that defeats this purpose. Sanctions without end and societal mars that permanently create a growing underclass, serves neither the victim, society, or a rational purposeful and directed criminal justice objective. The fact that the Congress has taken up this subject in modifying the federal sentencing guidelines underscores the policy considerations under review. It is for all of us, in the legal or government field to be informed and armed with information to carry the debate from the courtrooms to the classrooms and boardrooms. The NACDL Task Force on the Restoration of Rights and Status After Conviction held hearings and testimony from 150 witnesses before drafting the report. The report summarizes its findings with ten recommendations for policy-makers in government.