Fort Lauderdale police agencies have technology to read license plates. Once read, the plates are matched against outstanding traffic tickets. In addition, the owner’s name is matched against outstanding criminal warrants. At what point does constitutional rights run up against and, in effect, trump technologies that enhance surveillance? When does directed and focused surveillance of known criminal activities cross a constitutional barrier of blanket monitoring of citizenry? 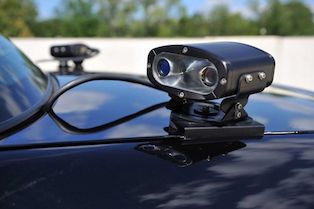 The public debate on the use and sale of the information is being addressed in California. Jerry Hill, a California State Senator has introduced a bill that would rein in reliance on digital monitoring. The bill would prohibit selling the results of universal scanning by requiring permission of those (all of us) who are tracked by police cars scanning and scan cameras installed in the street.

The issue is headed for civil court in California. A private corporation, Vigilant Solutions Inc., one of the nation’s largest privately owned scanners of street activity has sued the State of Utah when the State took steps to ban license plate scanning. Vigilant’s affiliate, Digital Recognition Network sells access to an accumulated two billion scans. Vigilant recently offered police agencies in Arizona free license plate scanners, anticipating they would own the right to sell the results of the scanning. Vigilant’s offer is contingent and requires a minimum of 25 million scans before providing free scanners to the police.

The friction point is between free speech rights and search and seizure. The debate focuses on whether a scan is a search and should be limited by the constitution’s requirement of reasonableness. By analogy, a parent has a duty to supervise and know where their child goes and does. The law imposes such a duty on persons in loco parentis relation to others, such as teachers with students and jailers with those in custody. There is no duty on the part of the government to monitor and observe lawful acts. Where there is no duty, there is no legal right to observe, monitor, record and then sell information of a person’s daily activities. The issue is topical in South Florida where traffic cameras and police cars observe and record traffic.