Good news, bad news, we’ve heard it all. But when the good news or bad news comes from the voice of a corporate entity and stock prices move up, or down, lots of money is made, or lost. The price of any stock moves on news, here is an example to get grounded: If and when British Petroleum makes statements about the costs of the cleanup of the oil spill in the Caribbean, it’s stock price moves violently.  In this Supreme Court decision, which arose from a class action lawsuit, the question is what to do when a corporation makes a public statement, which has a 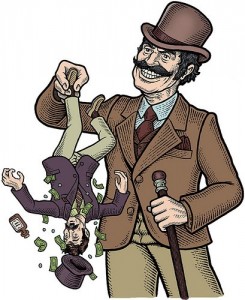 significant impact on the price of its stock. Specifically when a class action is filed by groups of individual stockholders who have collectively lost big money.

The recent case is a big win for corporations and a big setback for groups of stockholders who sue any corporation in a class action lawsuit. It started like this: Halliburton, a major petroleum services company, made some very powerful statements about asbestos claims that had been filed against it’s companies by people who were injured by asbestos poisoning. The statement went on to project its effects on Haliburton’s earnings in its engineering and construction businesses. It also spoke about benefits of a merger in that field. In a class action by stockholders, they sued on the theory that the statements were false and the corporation’s statements were intended to inflate the price of Halliburton stock.

The Supreme Court’s decision in effect makes it more difficult for investors, grouping together in a class action lawsuit, to file claims. The decision to buy or sell a security is always based on perceptions of market valuations. The Supreme Court just stopped short of ending most class actions based on securities fraud theory. There is no other theory beside security fraud to sue a corporation for making misleading statements that affect the price of its stock.   This decision is all encompassing and very, very, significant. Just so you have some perspective; in the last ten years over $62 billion was paid out by corporations to investors who sued for securities fraud. The recent decision allows corporations to file motions to dismiss at the early stages. It also enunciates some powerful grounds making such dismissal motions very likely. Previously the law permitted a presumption of securities fraud just by alleging, that is accusing the corporation of trying to affect stock prices by making public announcements. The rules have now changed, making these suits more difficult to win and subject to early dismissal. This is consistent with earlier decisions by the Supreme Court. Over recent years, the court has limited workers and consumer class action lawsuits and this recent decision reads consistent with previous decisions affecting consumer and workers. Class actions bode well for a continuing trend: the law now requires more proof and earlier proof by plaintiffs to get the case in front of a jury.