Porous borders and the ease of international travel can create a legal nightmare for even the most innocent of travelers. 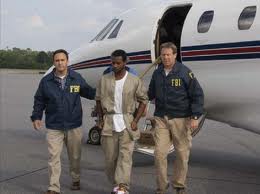 For example, a Swiss citizen traveling in the United States and renting an automobile can have a traffic ticket in any of a number of States and run afoul of a myriad of conflicted laws and rules as to extradition. For many business travelers conducting business in one nation, they may run afoul of anti-competitive laws, charges of price fixing or bribery. Often, these business practices are non-criminal in one nation and criminalized in another.

In analyzing an extradition case, start by obtaining the charging document from the Requesting Nation and listing the elements of the alleged crime. Step two is to obtain and read the extradition treaty in effect at the time of the event, or, at the time the Requesting Nation notifies the Requested Nation that extradition is sought. Step three is to define citizenship for each of the persons/parties involved. An accused who is a citizen of Switzerland accused of a crime against a U.S. citizen has a different treaty status than a U.S. citizen who resides in Switzerland and is wanted in the U.S. to face criminal charges. Dealing with even minor traffic infractions can have profound negative results. When entering the U.S., Homeland Security will arrest and detain you for an unpaid traffic infraction. You can remain in custody while Homeland Security contacts the State and asks if the State will pay the cost of transporting the individual. After a delay that can mean 60 days in a customs holding facility, the next step is removal, or denial, of entry into the United States. I’ll use Switzerland as an example to set a roadmap of what to ask and how to proceed. The steps are: Defining the elements of the charge, read the treaty, and identify the nationality of the accused and of the victim(s).

Switzerland and the United States have entered into treaties of extradition in 1900, in 1935, in 1940, and again in 1995. Understanding the process of extraditing United States citizens from Switzerland to face prosecution involves two basic issues: defining the crime and the national policy of the two nations. To understand the first stage we can review the case of the American film artist Roman Polanksi. Polanski entered Switzerland from France (where he lived at that time) to attend a film festival. At the request of the State of California (expedited through the State Department of the United States), Polanski was detained pending removal from Switzerland to the United States and then ultimately to California. He was never actually removed to the U.S. even though the U.S. alleged he failed to appear at his sentencing. His lawyers litigated the matter in equity in Switzerland and won. The Polanski case illustrates that by defining the elements of the Indictment charges (the ‘crime’) into the laws of the Requested Nation (Switzerland in the Polanski case) the results can be different. A good lawyer can mean the difference between a “routine” extradition or a blocked extradition. That is what happened in the Roman Polanski case, and it is an excellent study in the art of lawyering in the complexity of international extradition treaty law.