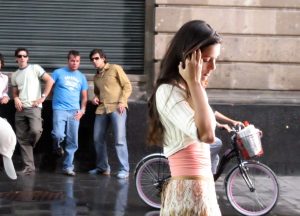 Sexual assault cases are on the rise in the United States because victims are finally opening up about it after allegations against Hollywood movie producer, Harvey Weinstein. Sexual assault, according to the Bureau of Justice is a wide range of victimizations, separate from rape or attempted rape. These crimes include attacks or attempted attacks generally involving unwanted sexual contact between victim and offender. Sexual assaults may or may not involve force and include such things as grabbing or fondling. Falling under the definition of sexual assault are sexual activities as forced sexual intercourse, forcible sodomy, child molestation, incest, fondling verbal threat, and attempted rape.

On October 5th, 2017, the New York Times published the initial article that opened the door to the Weinstein sexual harassment epidemic and those of other Hollywood artists.  According to the Rolling Stones, the article from the New York Times revealed allegations of many women who explained that Mr. Weinstein has been sexually harassing women in the industry for decades.  The allegations of these women went into deep patterns of intimidation and even rape.  This event is just one of the thousands of situations that happen around us everyday but the victims decide to suffer through it alone due to fear.

According to RAINN (Rape, Abuse, and Incest National Network), every 98 seconds, another person is experiencing sexual assault.  The number of people victimized each year is composed in the following way: 80,600 inmates were sexually assaulted or raped, 60,000 children were victims of “substantiated or indicated” sexual abuse, 321,500 Americans 12 and older were sexually assaulted or raped, and in the military 18,900 experienced unwanted sexual contact.  The majority of sexual assaults occur at or near the victim’s home, a public place, a relative’s home, parking lots or garages, or on school property.

The Rolling Stones explains that Weinstein’s victims date incidents back to 1984 and since then almost 30 reports followed into 2015.  The investigations have been able to reveal the pattern he had when committing these crimes.  Weinstein would invite younger women to his hotel room or apartment on a professional pretense, appear in a bathrobe or completely undressed, and request a massage and/or sexual favors, either implicitly or explicitly offering the exchange for career advancement. Many of the victims refused to speak about these incidents in public due to fear of jeopardizing their careers.

Many of these cases are not reported in a timely manner because woman believe that they live in a society where they are discouraged from coming forward with stories of harassment and rape.  According to the National Institute of Justice 9 out 10 victims of rape are females and only these statistics have not changed since 1998.  When these types of crimes are committed it is important to report them as soon as possible because each state has different statutes of limitations.

Since statutes of limitations vary from state to state it is important for victims to understand that the sooner they report these crimes the quicker the police will catch these perpetrators. This is crucial when there is DNA involved.  When conducting an investigation DNA evidence can make or break the outcome of the alleged crime. These types of forensic exams are beneficial in three ways:  it increases the likelihood of identifying the perpetrator, it increases the likelihood of holding them accountable, and it prevents them from committing future sexual assaults.