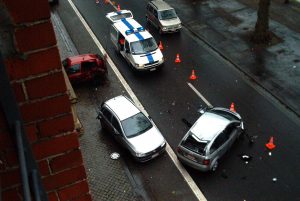 The State of Florida continues with its operations to crack down on Personal Injury Protection (PIP) fraud and it has encountered two more cases in the past two weeks. One of the PIP kickback schemes discovered totaled in $2 million and the other one totaled in $23 million dollars.  Attorneys, chiropractors, and clinic owners are all being charged with auto insurance fraud, mail fraud, wire fraud, and health care fraud.

According to the court papers filed with U.S. District court in Miami, they are accused of orchestrating a kickback scheme to take advantage of the state’s mandatory personal injury protection car insurance program.   They are also accused of using chiropractors and tow truck drivers to solicit patients and clients.

The Florida Office of Insurance Regulation explains that the intent of the PIP program was to provide injured drivers up to $10,000 in immediate medical coverage in lieu of establishing fault through the court system.  Their goal was to reduce payment delay for injured drivers, as well as limit the utilization of the court system.  In the State of Florida, PIP coverage is required to be purchased by everyone who owns a motor vehicle that is registered in the state.

According to the Sun Sentinel, the state and federal government spent years and millions of taxpayer dollars wiring up witnesses and tapping phones thinking these clinics were leading a Russian organized crime network, instead they discovered a crime ring of corrupt clinic owners, chiropractors, and lawyers who operated in Miami, Broward, and Palm Beach County. Their operation was so elaborate that they defrauded the insurance companies more than $23 million between 2010 and this year.  If convicted the defendants could face 20 years or more in federal prison.

The crime investigators stated that kickbacks between $500 to $2100 per patient were given to tow truck drivers and body shop owners who would direct the accident victims to clinic that were owned by the defendants.  They would have the doctors and chiropractors register the clinics under their names to cover up their ownership.  The defendants would tell these doctors and chiropractors the treatment the victims were going to receive based on the amount of money they believed the case was worth and not the treatment the victim actually need it. The medical staff knew exactly what to write on the medical reports in order for the victim to qualify for the entire amount of benefits available based on the insurance policy.

The prosecutors on this case are calling these clinics “PIP mills” in relation to “pill mills” that have also under been under investigation because of insurance fraud.  The defendants are both being held in federal prison and without bond because of fear that they will flee the country because of ties and frequent travels to Ukraine and Israel.