This past week, the Senate Bill S. 2123, titled, “The Sentencing Reform and Corrections Act of 2015,” was approved by the Senate Judiciary Committee, in a vote of 15-5. The bill lowers minimum mandatory sentences of certain drug offenses and certain armed offenses, while establishing new minimum mandatory sentences for certain domestic violence offenses and could grant early release for thousands of Federal prisoners. 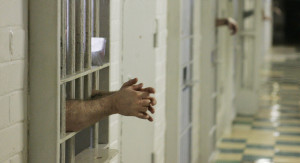 It has been a generation since the United States Congress has reviewed and revised Federal Sentencing.  Prior to 1984, Federal judges had unbridled and unfettered discretion in formulating appropriate sentences.  Under the broad outline of the Federal criminal code, each judge had the power and authority to make sentencing determinations.  It was, and has been since the earliest years of our nation a judicial determination, only subject to Due Process and Equal Protection constitutional review.  Judge’s judged and judges decided: They were given the authority and power to balance the serious nature or character of an offense with public safety and the individual convicted of a Federal crime.

It was in 1984 that the United States Congress began what has been over thirty years of sentencing under the Federal Sentencing Guidelines.  The basic underlying incarcerative theory became a politicians’ view of what is appropriate and what is not in fashioning sentences to Federal prison.  The Sentencing Guidelines was intended to create balance, fairness and consistency.  The Sentencing Guidelines were intended to eliminate racial discrimination and disparity.  The Sentencing Guidelines were to bring to a modern court system scientific, reasoned and rational sentencing reform.  It has done very little to effect the intent of the Congress.  What was “sold” to the people of the United States as a rational sentencing system has done very little to reduce crime, improve recidivism rates, eliminate racially imbalanced sentences nor effect good public policy.  It was, is and always has been a political tool for politicians to seek and obtain re-election through fear of criminality and without provable result or outcome.

Public policy based on good social science to effect a better sentencing format has failed to effect any of its primary goals.  It has been over thirty years of a bizarre wizard’s brew of rules promulgated under the penumbra of the Sentencing Guidelines.  It has spawned a cottage industry of consultants and seminars for lawyers to divine sentencing memorandums to besieged judges burdened and not benefited from the Sentencing  Guidelines Commission. I have been among the voices in the wilderness calling for changes.  There are Federal judges who after mastering the Sentencing Guidelines as a genie, who seek daily in Federal courts to assist defense lawyers in fashioning rational results in sentencing.

The Senate Bill S. 2123, emanating from the U.S. Senate Judiciary Committee, presents the hope and promise of making right what has been a wrong perpetrated against and unknowing public who was sold a system that has failed.   I urge all my readers to send emails to their Senators and Congressmen/women to vote YES when the SENTENCING REFORM AND CORRECTIONS ACT moves from Committee to legislative review.