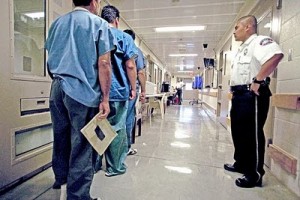 With over 200,000 inmates in the Federal prison system and a Congress poised to make changes in the harsh sentencing rules for drug offenses, clemency is under consideration by the office of the President. At the time of this posting the criteria for consideration of clemency can cover about 2,000 federal inmates. Civil rights groups and prison reform organizations are skeptical of how many will be granted clemency.The office of the President explains that the process has become bogged down and expects only 200 will be considered as eligible during this round of inmates being reviewed.

The president of the National Association of Criminal Defense Lawyers issued a statement that this is the beginning of the end of mass incarceration for drug offenses. Others are doubtful as the politics of prosecution and confusion over criminality and drug addiction stifle debate and freeze legislatures.   Across the United States a debate is in process, but the process is frozen. President Obama’s clemency program is a case in point and illustrates that the reality of reform and the process of clemency are at odds. Families Against Mandatory Minimums is a major force in the movement to reconsider the long sentences meted out for drug offenses, and announced it welcomes the clemency program of president Obama.

Most of those under consideration in the President ‘s clemency initiative are serving sentences for crack cocaine possession and delivery who were sentenced under the “old” crack cocaine sentencing guidelines, the one that was modified and reduced by the sentencing commission last year. There is a “push” politically that has gained momentum and is supported by both conservative republicans in the House and Senate as well as the Federal criminal bar (attorneys) and both conservative and liberal “think tanks.”