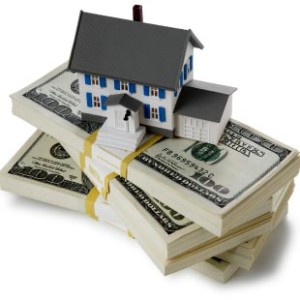 United States District Courts were, until recent years, required to strictly and mechanically follow the sentencing guidelines propounded by the U. S. Sentencing Commission. With the changes of the past eight years, the Courts have been largely permitted to vary or depart from the guidelines. Nonetheless, the U.S. Sentencing Commission still maintains a powerful influence on what Judges can and cannot do in deciding what is a guideline or “legal” sentence under federal criminal law.

From time to time we have seen substantial changes in the published sentencing guidelines, and 2015 is a banner year for change. Changes approved by the U.S. Sentencing Commission outlined in this report will be effective on November 1, 2015, unless the Congress acts to overrule, repeal or modify the new guidelines.

This blog entry deals only with the new guidelines affecting white collar crimes. These include money laundering, fraud, currency violations, mortgage fraud and securities law violations. The Commission explained in its proposed changes that it wants to more fairly balance harm suffered by victims and the intent and actual participation of the defendants, as well as updating the realities of the monetary ranges which were last set in 1988.  The criticism which prompted these changes comes from criminal lawyers and judges, as well as prosecutors in the Justice Department and the U.S. Attorneys Office that the current (soon to change) guidelines have produced overly severe sentences in some cases and inappropriately light sentences in others. Additional changes, particularly in mortgage fraud cases, emphasize the actual knowledge and acts of defendants and cuts the link that equates a conspirator with no actual knowledge, no intent and no participation in the actual acts. This comes up often when one of the conspirators who by his/her actions assists or provides the opportunity for mortgage fraud but does not or is not involved in the structuring and savaging of victims.

This came up in a recent federal mortgage fraud case I was defending in the Miami Federal court. My client, who had an ownership interest in a title company and had the duty to supervise employees was sentenced under the same guidelines as the bad actors. Imagine if you owned a bank or title company or mortgage brokerage firm and while you were hospitalized and removed from the day to day operations, your employees concocted and executed acts of fraud and deceit, hid them from you and changed records such that even with a serious due diligent effort to uncover the fraud you could not have found the bad acts of your employees. In this case the fraud only became known when defaults resulted in foreclosures and then the banks saw that they had lent monies far in excess of the values fraudulently assigned to the properties and that the owners were never financially qualified from the get-go.

The changes in the guidelines now state that the defendant be proven by the prosecutor to have actual knowledge and proven intent to cause the losses before their sentence can be increased by the actual dollar amounts. Nothing changes a defendant’s criminal liability as a conspirator.  You have the duty to supervise and the duty to know of the fraud: the proposed guidelines instructions do not release you from guilt as a conspirator, but your sentence is not tied to the actual amount of the loss. And the losses are also subject to changes in computational and analytical approach. This makes more sense when you actually read the proposed changes.