Harry Truman never completed law school but he did attend for two years. He lived a few miles from Kansas City, which recently became renown in the history of lawyers and lawyer jokes. It all began on April 14th when legal secretary Monica Hastings opened her boss’s office and was greeted by a 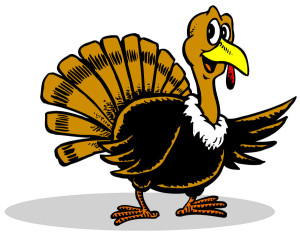 Turkey…an “involuntary intruder” as she reported it to her boss, lawyer Jeffrey Tonkin. She reported to a local news station “I opened up the door and I saw a little turkey tail go past his desk”. The “intruder” Turkey left a hole in Tonkin’s window when it was, by current police suspicion, propelled into the office through a glass window by “unknown and unseen forces.” This challenges the popular belief that Turkeys’ can’t fly. But perhaps the bird needed legal representation and wanted to talk turkey with the lawyer and entered after hours for a discount. Now displaying his practice as “ a Turkey At Law” local lawyers are trying to capitalize on a new area of constitutional law protecting Turkey’s travel and air rights. More to come in future postings…..