Federal Sentencing has been praised and pilloried since 1984 when the Sentencing Commission, a creature of the Congress, was created. Over the years it has been seen as race neutral, gender neutral, and fair. Heralded as removing judges from the influences of money and lawyers, it has both succeeded and failed beyond expectation. It is now being reviewed. Thankfully. And, amazingly CNN has reported favorably on it! 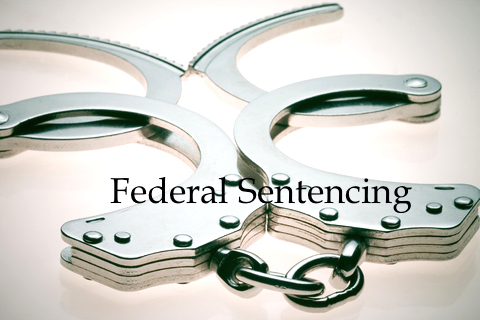 The Sentencing Commission published some revisions, and they will be implemented. The Congress forever palavering over voters, who want criminals in prison, has evolved. Critics who have been overwrought and often wrong are tempering and things are where they should be: on the road of reform.

The elimination or the cocaine/crack disparities has been accomplished. The US Attorney’s Office has created and is implementing reviews of sentences that will be reduced. Minimum mandatory sentences are being halved. States, Florida and (surprise!) Texas have or are dealing with the issue of incarceration, retribution and the return of the incarcerated to functional citizenry. Drug addiction criminal sanctions include programs not only jail cells. The adage that every problem is a nail and every solution is the hammer is rolling back. Many criminal defense lawyers, both State and Federal, are reporting from the front lines of federal criminal trials and sentencing and the reports are not good, but they are being reported. It is a rationalizing process. And, as no surprise to Tea Party and moderate republicans, National Public Radio agrees!

So… what is going on here? What is being changed?…
Changes go to the DRUG QUANTITY TABLE. The proposed amendments would lower, by two levels, the base offense levels, which means taking 2 to five years off of the sentencing guidelines range(s). Although not a big drop in years it is an attempt to balance the public rage and push to jail addicts and suppliers. Federal Statute Title 18 section 3553 lists statutory factors for a proper and balanced sentence: the circumstances of the criminal act (the offense), the character of the defendant, the judge’s responsibility to the community at large to discourage criminal acts by others who become aware of the certainty of punishment, protecting the public from the defendant returning to the community and victimizing others, and, lastly, to salvage any future hope that the defendant can become a part of the general public who behaves well and pays taxes.

As the Attorney General told the Congress, being effective is being smart and the revisions say “smart” not “blunt”. And your federal government has chimed in with a balanced report of the subject:

Smart is smarter and the proposed amendments are a start toward and a part of the evolving of a view of bad behavior that can only remove those who sin by housing them in concrete and metal bars until age, death or human evolvement (both societal and personal) emote change. Change is needed from both realms and the proposed changes have enlisted support from all parties and actors in the criminal justice realm.