A concerted drive by the U.S. Attorney’s Office and a task force comprised of State and Federal agencies, police and sheriff agencies in Broward, Dade and Palm Beach County has resulted in over a dozen major cases in Florida and U.S. District Court in the Middle and Southern District(s) of Florida. (DEA’s “Operation Pill Nation” and “Operation Pill Nation 2“) 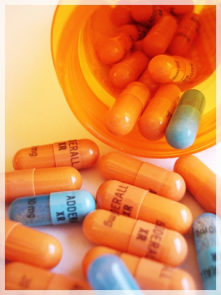 The initial investigation by the joint federal and state task force resolves with a criminal case filed in Florida court or Federal Court. The press calls them “Pill Mill” cases. (See CNN Article)

Doctors, Physician Assistants, Pharmacists and nurse practitioners are the focus. The federal agencies have succeeded in many instances by charging conspiracy counts coupled to sale, distribution and trafficking charges (Florida criminal courts). The objective is to stem what was a rising number of deaths by drug overdose of oxycodone, oxycontin, and a slew of opioids drug cocktails by accidental overdose and in some instances, suicide. As a result, doctors have abandoned the practice of pain medicine resulting in a lack of medical services for those suffering from chronic pain from cancer, injuries and long term disabling diseases such as arthritis, joint conditions, automobile accidents and end of life issues. (See “Florida’s pill mill crackdowns hurting those in real pain”)

South Florida has been the focus of these cases and a small cadre of criminal defense lawyers in Miami and Fort Lauderdale have developed an expertise in these cases due to the number of cases filed in this district. Political pressures and excessive prosecutorial zeal has resulted in a rush to charge and charges by the medical establishment that patients are suffering because doctors are afraid to prescribe pain medications for fear of prison.