Florida’s STAND YOUR GROUND STATUTE is about self-defense, one’s right to use force when in reasonable fear of an unlawful touching. The statute grants immunity from arrest and prosecution if use of force (as permitted in Florida’s Self Defense Statute (F.S. 776.012, F.S 776.013) is asserted and proven by a preponderance of the evidence at a hearing. It effectively gives the defendant a chance to have the case dismissed by a judge before trial.

What makes it a great criminal defense tool is just that: it is a shortcut to ending a criminal problem. A well-prepared criminal defense lawyer can have his client’s case dismissed by a judge and avoid the risks of a trial. The key is an understanding of the mechanics of how to conduct a Stand Your Ground hearing in Florida. I know something of this as I was the criminal defense lawyer in the Velasquez case, and I took it up on appeal. Start by understanding this…the statute has nothing to do with the level of violence used: whether it is waiving a gun (an assault) or a homicide (taking a human life). It has everything to do with the reasonableness of the fear. Important to understand as well is it is a territorial statute: that means where you are can be a home run. What does that mean? The statute assumes if you are in your residence the issue of reasonableness of fear. 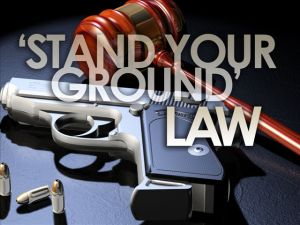 That means you can read FS 776.012, F.S 776.013 and F.S. 776.032 together to the judge and if you were in your residence then your fear is reasonable almost without exception. Step One is done! When I say done I mean the first and most difficult high ground has been taken. In all other Stand Your Ground hearings you have to convince the judge that you were not the instigator or first one to use or threaten violence. Here we have to take into consideration that judges are often looking at the outcome (is someone dead here or wounded, or was there no injury) and may be prone (and I have seen this repeatedly) to toss out a case where no one was hurt and so, basically, no touch no foul no prosecution.

I often, which means all the time, file a Stand Your Ground motion when the issue of self-defense is part of the case. Two reasons: first if your motion is denied you can immediately stay the proceedings and file an appeal. Now everything stops while the appellate court takes a few weeks to read the statute. Also your prosecutor may read it, which is in itself a rarity. Next, if there is only an issue of proof you may win because the burden is a low one: a mere preponderance (think 51%), not beyond a reasonable doubt. Add to that the standard for review is an abuse of discretion standard and you now have three appellate judges looking at who did what to whom and weighing in with an often-practical approach (no touch no foul no trial). Also the legal standard which applies to the trial judge’s findings is a goldmine for a well-prepared lawyer on appeal. Read a few cases on “competent and substantial” and you can drive a large truck through that standard on your way to having an appellate court let the case be dismissed without a trial. Another benefit of a Stand Your Ground motion is it gives the criminal defense lawyer a preview of the testimony they will have to rebut at trial.