This past Monday, the U.S. Supreme Court ruled, in an 8-1 decision, that now it’s possible for a police officer to stop your car based on a mistaken understanding of the law without violating the Fourth Amendment.  Now watered down by Heien v. North Carolina, the Fourth Amendment to the U.S. Constitution requires police to meet a reasonableness standard, before a search can be made of your person or property. The Fourth Amendment prohibits unreasonable searches and seizures. Until this case, the police could not search your person or your car if they are mistaken on the law. Now the Supreme Court has said that a mistake of law by the police can make an otherwise unconstitutional search a lawful search. 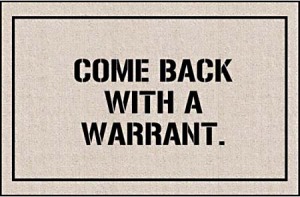 North Carolina law only requires vehicles to have one working stop lamp. Until this Supreme Court decision, a police stop and search based on a single non-working tail-lamp was prohibited. No more. Justice Roberts, writing for the U.S. Supreme Court wrote: “In this case, an officer stopped a vehicle because one of its two brake lights was out, but a court later determined that a single working brake light was all the law required. The question presented is whether such a mistake of law can nonetheless give rise to the reasonable suspicion necessary to uphold the seizure under the Fourth Amendment. We hold that it can.”

This extends the “mistake of fact” exemption. For a real life example of an excusable mistake of fact that made an otherwise unlawful police stop lawful consider this: Assume you are driving in a High Occupancy Lane (HOV), and in your car are two (required) passengers, but they are sleeping out-of-view in the backseat and unseen.  In this situation, an officer may make a lawful stop. The mistake in fact was that the officer, not seeing the two rear passengers asleep on their sides, believed that your car was in the HOV lane without the required passengers. The stop is lawful, the mistake in fact was reasonable. Now, under the recent U.S. Supreme Court decision, if the officer makes a reasonable mistake of law the stop can be lawful.

Now, if a judge can be convinced that there was a reasonable mistake of law by an officer, the stop and search are lawful.  Here are the facts of Heien v. North Carolina and you decide: Early in the morning hours of April 29, 2009, an officer (sheriff) in North Carolina saw a car driving north on Interstate 77. Testifying that he (the sheriff) believed the driver was “stiff and nervous,” followed him in his marked patrol car.  A few miles passed and the driver stepped on his brake.  The sheriff saw only one working brake lamp and pulled the car over.  The stop uncovered cocaine in a plastic bag in the rear of the car. The driver was arrested and charged with trafficking in cocaine. There was no ticket for driving with a broken stop lamp because it is lawful to operate a car in North Carolina with such a defect.  The North Carolina Supreme Court upon hearing the facts determined that the stop was without legal cause and that there was no violation of law so there was no legal reason to stop the car.

Here is the tension in the law now: The U.S. Supreme Court does not permit citizens to escape criminal liability even if their mistake of law was reasonable. Lack of knowledge of the law is not an excuse to violate the law.  Now, however, that rule does not apply to the police.  The new rule of law permits the police to make reasonable mistakes of law when making a search and for the mistake to be overlooked.