A former Boca Raton, Florida resident, Ms. Annette Bongiorno, age 66, was sentenced in Federal Criminal Court in New York. U.S. District Court. Judge Laura Taylor Swain sentenced Bongiorno to six years in Federal prison saying Ms. Bongiorno’s decision to follow Bernard Madoff’s instructions to perpetrate one of the largest frauds in U.S. history was inexcusable. The Judge said the fraud went forward and was advanced “right in front of her,” while Annette Bongiorno did nothing to stop or reveal the fraud.  Instead she helped, year after year, to continue one of the most tragic frauds in history. 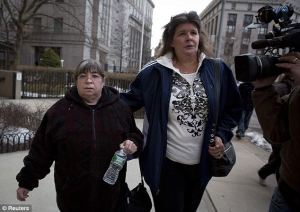 The losses are estimated at twenty billion dollars, with estimated forfeitures of almost 155.2 billion dollars. Forfeitures are monies that investors had withdrawn over the twenty-plus years of investing in Bernard Madoff’s investment product, and are forced to return to the Bankruptcy Court. Most investors drew out some of the earnings to live on, and left their original principal investment remain with Madoff’s private investment plan.   The reported yield on investment was not, by most standards, either over high or excessive under then-current market conditions so as not to draw suspicion. What made the Madoff investment product so attractive was the fact that year after year, without exception, his return on investment was constant, regular and unchanging.

At the sentencing Federal Judge Swain said of Ms. Bongiorno, among other things, that Ms. Bongiorno was “not fundamentally corrupt” but was rather dazzled by the tone and demeanor of Bernard Madoff. The Judge went on to say that she had “borderline competence” to do the complex financial work that she performed in the Madoff operation. The Judge said Ms. Bongiorno should have realized, as far back as 1992, that Madoff’s operation was a fraud but that she lacked the moral fiber to step forward. The Judge went on to say she was “a knowing and willing participant who made a choice to participate.”

Refuting the Judge’s statement, Ms. Bongiorno insisted that she was innocent of actual knowledge when she said in open court “I did not know what was happening, I didn’t mean to hurt you.” What surprised most attorneys familiar with Federal fraud cases and sentencing is, despite Ms. Bongiorno’s protestations of innocence, the Judge sentenced her to a light sentence of only six years in Federal prison. Ms. Bongiorno, almost challenging the Judge’s decision to be lenient by an under guidelines variance said in open court “how very sorry I am by all the sorrow and loss caused by Madoff and by extension, by me.” These, her protestations of innocence, were an attempt to distance herself from the fraud.  Judge Swain, seemingly ignoring Ms. Bongiorno’s statements, shocked prosecutors by the light sentence of six years in Federal detention. To support Judge Swain’s sentence, the Judge remarked the issues of poor health. Ms. Bongionrno’s slight build (five feet tall) and the Judge’s statement that Ms. Bongiorno would not do well in prison, were made on the record to support the Judge’s variance in sentencing Ms. Bongiorno below the Sentencing Guidelines.