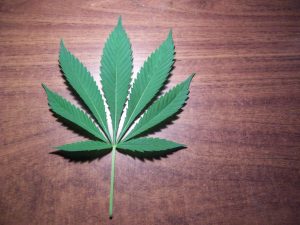 According to ABC News a senior citizen and her son, in Pasco County Florida, explain that the nursing home where she lives is denying her potential pain relief, by refusing to allow her to have the medical marijuana she has a legal prescription to take. This seems to be an issue that is affecting Florida residents who live in long term care facilities throughout the state. Ms. Simpson, who is  attached to a wheelchair and suffers from Parkinson’s Disease, has tried everything she could have possibly tried to assist her with the medical conditions she suffers from, but medical marijuana  had given her faith in a new alternative that would allow to live a little more comfortably.

Medical marijuana legislation in the State of Florida was finally established by the governor on June 16, 2017 after years of Florida residents explaining to the government all its health benefits. In Amendment 2 of the Constitution of the State of Florida, patients with a debilitating medical condition will not be found subjects to criminal or civil liability for consuming medical marijuana.  Debilitating medical conditions mean cancer, epilepsy, glaucoma, positive status for human immunodeficiency virus (HIV), acquired immune deficiency syndrome (AIDS), post-traumatic stress disorder (PTSD), amyotrophic lateral sclerosis (ALS), Crohn’s disease, Parkinson’s disease, multiple sclerosis, or other debilitating medical conditions of the same kind or class as or comparable to those enumerated, and for which a physician believes that the medical use of marijuana would likely outweigh the potential health risks for a patient.

Ms. Simpson’s son explains that after medical marijuana became legal in Florida, a doctor prescribed it for his mother and she applied for a compassionate use permit. When she was finally approved, and the medicine was delivered, they gave it to him and told him he had to take it home with him because it would not be permitted inside the nursing home. But according to a healthcare expert from the University of Florida, even though Ms. Simpson had a legitimate medical therapy reason for the use of medical marijuana and a prescription for it, it doesn’t mean they have to allow her to take it if they can provide her with other options for her pain.  This is one of the biggest dilemmas with the statue because it is not completely clear on the regulations of long term health care facilities and the acceptance of medical marijuana therapy.

States like California, Colorado, and other states have found other alternatives to balancing the use of medical marijuana in long term health care facilities.   Instead of having their patients, who suffer from chronic diseases, consume the marijuana inside the medical facilities, they offer to take the patients to close by dispensaries where they can practice this therapy without breaking the law. Unfortunately, medical marijuana is a scheduled narcotic and is considered a private business, therefore nursing homes can set their own rules regarding its use in their facilities, even if it causes their residents to live uncomfortably.  Issues such as this one will push the government to amend Section 381.986, F.S., or to create a brand new legislation that clarifies the rules and regulations of the use of medical marijuana with better ways of providing it to its consumer.