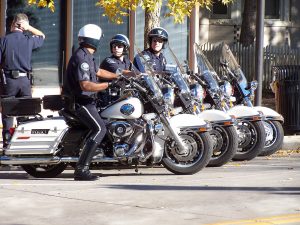 During a huge undercover sex sting operation, Florida police arrested a total of 277 people for soliciting sex or for displaying themselves as prostitutes.   The operation was called “No Tricks, No Treats” and within the arrested were doctors, pharmacists, and even other cops according to the press release from the Polk County Sheriff’s Office.  The operation started on October 10, 2017 and lasted until October 15, 2017.

The operation consisted of undercover detectives and investigators from different law enforcement agencies advertised false posts on websites, social media sites, and phone applications as either prostitutes or they would request sex workers.  The reports demonstrated that 209 of the people arrested were accused of soliciting sex of the undercover officials and 51 of them had exhibited themselves as prostitutes on the internet.  The remaining 17 were arrested for other offenses that were either worse or less than the rest of the group.

According to the Polk County Sheriff Grady Judd, this operation composed the largest amount of people arrested in the history of the Polk County Sherriff’s Office.  The worst part about the operation was having to arrest Sergeant Luiz Diaz, who had been a police officer for 17 years, because he is suppose to be setting an example for the community.  But in situations like these, everyone is help accountable and now Sergeant Diaz no longer works for the Sheriff’s Office.

Sergeant Diaz wasn’t the only professional who broke the law, according to the police reports, some of the other suspects arrested were a cancer surgeon, teacher, pediatrician, Air Force veteran, retired deputy sheriff, retired police officer, active colonel in the U.S. Marine Corps and several pharmacists. Around 215 of the people arrested were traveling from other states because Florida is known for Human Trafficking and its accessibility.

The Department of Children and Families counted nearly 1,900 reports of human trafficking in 2016, which was a 54 percent increase from the year before, and in 2017 the numbers continue to increase.  According to the Polaris Project, which job is to track human trafficking across the United States, declared that the state of Florida had the third highest number of reported cases in 2016 after Texas and California. This is due to Florida’s favoritism amongst tourist and the temporary populations.

Advocates for victims call human trafficking modern day slavery and according to the Florida State Law, human trafficking is defined as soliciting, recruiting, harboring, transporting or otherwise obtaining another person to exploit him or her for labor, domestic servitude or sexual exploitation. According to the National Human Trafficking Hotline, the victims are manipulated through means of force, fraud, or coercion. Some examples of these means of manipulation of fraud include false promises of work/living conditions, withholding promised wages, or contract fraud. Coercion may include threats of harm to self or others, debt bondage, psychological manipulation, or document confiscation. Many are forced to consume drugs, to the point that they become addicted and will do anything to obtain the drugs.

It is operations like “No Trick, No Treats” that allow for the government to help these victims and make them feel safe.  These official operations take off the streets people who continue to abuse these people for their personal pleasure or profit.