The Federal Bureau of Prisons has a compassionate release program that offers early release or a reduction of sentence to certain eligible federal inmates for “particularly extraordinary or compelling circumstances which could not reasonable have been foreseen by the court at the time of sentencing,” according to their Program Statement, published by the BOP. The Program Statement, which lists the procedures for implementation of the compassionate release program, pursuant to 18 U.S.C. § 3582(c)(1)(A) and 4205(g), includes the following criteria for inmates to be eligible to apply: 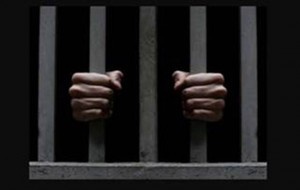 Section 4 of the BOP Program Statement describes the three ways an elderly inmate can petition for compassionate release/reduction in sentence:

Under Section 4.b of the Program Statement, elderly inmates with a medical condition must specifically meet the the following criteria in order to petition for a compassionate release:

When reviewing a petition for compassionate release under Section 4.b, the BOP looks at the following factors in making their determination:

On March 25, 2015, the BOP added the following language to Section 4.b of their Program Statement: “The BOP Medical Director will develop and issue medical criteria to help evaluate the inmate’s suitability for consideration under this RIS category.”

Preparing a Petition for Compassionate Release under Section 4.b

When preparing a Petition for Compassionate Release for an elderly inmate with a serious medical condition, under Section 4.b of the BOP Program Statement, the petition must contain a paragraph on each of three factors listed above and must contain backup documentation from medical providers and medical records.  Failure to include this information in the Petition will either cause the Petition to be returned as legally insufficient, or even worse, may be stuck or remain “under consideration” from the various federal agents and agencies in the Bureau of Prisons or the Department of Justice legal department in Washington, D.C.

First, you file your petition with the Bureau of Prisons by sending it to the warden at the federal detention facility.  Copies of the Petition should be sent to BOP in Washington, D.C., to the U.S. Attorney in your district, and to the sentencing judge.  Then, if the warden approves the Petition,  the BOP will begin its review at the BOP regional office, followed by a medical review and a legal review at the Department of Justice in Washington, D.C.  Your best source of information in following the progress of your petition is the inmate’s case manager.  The case manager can, if they want, indicate where the petition is in the process – Whether the warden has reviewed, denied or approved the Petition and if it has been forwarded to BOP and DOJ headquarters.