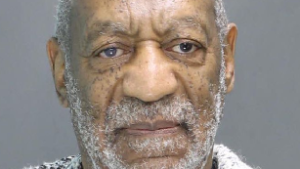 On Wednesday, December 30, 2015, the Montgomery County District Attorney in Pennsylvania, filed the sexual assault charges against Bill Cosby, famous TV and movie personality, just short of twelve years after the incident allegedly occurred.   Filed just months before tolling under the statute of limitations set by Pennsylvania law, the charges will, arguably, survive that defense.

Vowing to fight the “unjustified” charges Bill Cosby through his attorney announced that he will mount a vigorous defense to the charge that he sexually assaulted a woman he was mentoring in 2004.

The newly re-opened case was and is based on a civil deposition of Mr. Cosby. The statement made by Mr. Cosby, is that Mr. Cosby admitted to using psychotropic and mood altering substances on women with whom he wanted to have sexual relations.  The statement did not indicate that he had given those substances to the purported “victim” in the charges filed in Philadelphia.

In a press release, Mr. Cosby’s attorneys said, “Make no mistake, we intend to mount a vigorous defense against this unjustified charge and we expect that Mr. Cosby will be exonerated by a court of law.”  The judge set Mr. Cosby’s bail at $1 million and required Mr. Cosby to surrender his U.S. passport.

The accusation which forms the substantive allegations supporting a charge of sexual assault are that in 2004, a female employee of Temple University visited Mr. Cosby at his home outside of Philadelphia.  The police probable cause affidavit states that Mr. Cosby “sought to incapacitate” the “victim” by giving her a mix of pills and wine that caused her to slip in and out of consciousness.  Mr. Cosby has maintained that the sexual partnering was mutual and consensual.  The criminal allegation states that the mix of pills so compromised the “victim” that her consent, if in fact it was given, was not voluntary and therefore the sex was an assault.

The previous prosecutor declined to file criminal charges against Mr. Cosby for the alleged incident, and the matter was, to Mr. Cosby and his attorneys, considered closed and declined.  However, in 2015 Kevin Steele was elected to the position of prosecutor in Montgomery County, Pennsylvania, and he decided to file charges.  Mr. Steele said he filed the previously declined charges “because it was the right thing to do.”  Critics of Mr. Steele allege the filing of charges is a “mean spirited” attempt to grab headlines and advance his political career.  Mr. Steele, responding to charges that his reasons for filing charges after his predecessor found insufficient legal circumstances to justify an arrest, stated to the press “…reopening this case was our duty as law enforcement officers with a sworn obligation to uphold our constitutions and to uphold the law.”

Prosecutor Steele said that his newly appointed team of local investigators had re-interviewed several witnesses and that based on the re-interviews, he decided that the filing of criminal charges is justified.

Attorney Gloria Allred, who represents other women who allege Mr. Cosby used drugs to entice their consent to sexual relations said, “For many of my 29 clients, who allege that they are victims of Bill Cosby, seeing him criminally charged and having to face a trial is the best Christmas present they’ve received.”