According to the United Nations Office on Drugs and Crime, the total amount of money laundered worldwide in one year is $2 trillion U.S. Dollars. That is 3% of the world’s GDP (Gross Domestic Product) in U.S. dollars. To put that in perspective: it is an amount equal to the the Russian Federation’s total GDP. Russia is the world’s ninth largest economy.

In the U.S., money laundering is defined in 18 U.S.C.A § 1956, the statute is titled: Laundering Monetary Instruments. To be convicted of money laundering in federal criminal court, the government must prove the following:

4. You were involved in the financial transaction with the intent to promote the carrying on of that specified unlawful activity (including avoiding paying taxes or brining money into the U.S. without reporting it). 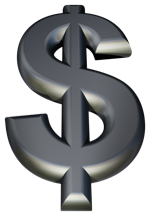 Locally this month, the U.S. Attorney in Miami indicted Eduardo Perez de Morales on a 238 million dollar money laundering charge. Many lawyers in South Florida believe the legal basis of the prosecution can be challenged, and if handled correctly the matter dismissed or better; won at trial. His brother, Jorge Perez de Morales, is wanted by the FBI and is reported to be living in Cuba. Local criminal defense lawyers believe him to be in the Dominican Republic. Their company, Caribbean Transfers, Inc., was a transfer agency for over 150,000 clients, where money from expatriates living in the United States sent money to family back home in several Caribbean and South American countries. Caribbean Transfers, Inc. closed in 2012. The indictment began as a Medicare Medicaid fraud indictment and blossomed into an international money laundering case.

Money laundering prosecutions and investigations often morph into international matters. The United Nations can, and does, refer related crimes to the World Criminal Court in The Hague. The World Criminal Court is increasing its prosecution of terrorist activities, crimes against humanity, etc. According to the United Nations Global Counter-Terrorism Strategy (adopted by the United Nations General Assembly in 2006), the Miami arrest is part of the following objective: To curb money laundering and the financing of terrorism by attacking the economic power wielded by criminal organizations in third world countries. Emerging economies are the primary targets of opportunity for money laundering and have been targeted by major money launderers: drug cartels, stolen government funds, etc.

Although money laundering goes on worldwide it is a growth industry in second world nations. The current “hot spot” for money laundering is Panama. Panama has a history of moving toward favoring money launderers. Recall the antics of Panama’s former President Noriega: He was kidnapped by United States military operatives and spirited by plane to stand trial. He was convicted in the United States, sentenced, and then shipped to France where he was convicted again. The reason is he had taken over several United States chartered banks in Panama City and made it known to drug cartels in South America that the newly nationalized banks would handle money laundering transactions at a discount. His life took a turn for prison when he did that. However, events of recently as 2014 have revived Panamanian banks’ willingness to enter into money laundering, again.