When are judges and prosecutors subject to criminal prosecution for actions taken in the course of or under the penumbra of law, that are probably abuses that warrant criminal sanctions?  Should they be beyond the reach of any and all criminal laws?  When and who decides when prosecutorial discretion becomes a criminal act?  When can a judge, such as the Fort Lauderdale Judge who sentenced a 23-year old to 60 years in prison on a violation of probation, face a criminal charge for exercising a discretionary sentence that is, to many, beyond any rational purpose or public policy? Asset forfeitures can be a theft dressed under law?  Can criminal prosecutions begin against government lawyers who for political reasons, or to in effect tax individuals, obtain property by forfeiture? 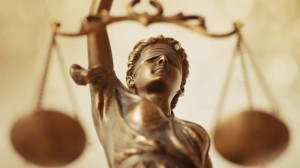 Often such actions are under color of law, just as a prosecution can be under the color of law, but have a mens rea (legal phrase for intent) that is criminal.  [A theft is defined as the taking of the property of another with the intent to temporarily or permanently deprive the rightful owner of the use or possession of property].  Are forfeitures thefts when I can prove beyond a reasonable doubt that it is a bad faith seizure?   When is the exercise of prosecutorial discretion a faux conclusion; and a bad faith argument to a prosecution that cannot be proven beyond a reasonable doubt by a trier of fact (a jury) as having no legal basis.  Can arrests and prosecutions by a prosecutor to force a prison sentence on a citizen in fact be a crime? When I can prove beyond a reasonable doubt that it is in fact motivation outside the law by a prosecutor, can I seek out a judge to indict a prosecutor?  The law requires any asset seizure to be taken in “good faith.”  When seizures are pursued that cannot survive a “good faith” challenge I will pursue a due process or habeas corpus remedy.  Are there or should there be procedures for prosecuting prosecutors and judges whose actions are under the color of law but are substantially motivated in abrogation of their duty to act in good faith and without motive or political, or person, agendas.  An example of an abuse that was prosecuted is the prosecution of a local prosecutor for arresting and prosecuting male college students in the infamous “Duke Lacrosse Case” for sexual batteries that never occurred or were legally unsustainable charges.

And when are grants of immunity from prosecution motivated by unsustainable “good faith” and “crime fighting” prosecutors who act under color of law. Are they beyond the reach of criminal laws or should it remain subject to judicial review alone?  Who judges judges except local judicial qualification commissions who have only powers to reprimand but not criminally prosecute judges.  When prosecutors and judges are arrested but not prosecuted for common crimes such as driving under the influence or attending court while impaired, is there a crime or not?  Cases such as U.S. v. Williams (1992) rejected an argument that would have brought grand jury presentations by prosecutors under sanction.  Another example is when Congress passed the Hyde Amendment to a Justice Department appropriation bill providing a recovery of costs of defense by criminal defendants for “vexatious” “frivolous” or “bad faith” arrests and prosecutions.  Explore the issues in a thoughtful review in the Huffington Post, Human Rights Watch’s December 5, 2013 review of legal issues, and most recently a New York Times article published recently on November 27, 2015.