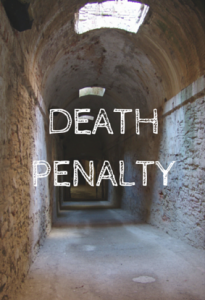 Just recently in March, Florida’s legislature was forced to revise the death penalty statute after the U.S. Supreme Court declared the previous one unconstitutional in January of this year because it said it did not give jurors a significant enough role in the death penalty decision.

Under Florida’s previous death penalty statute, the trial court held two phases of the trial, which is in effect two separate trials for capital death cases. Capital death cases are all cases in which the death penalty is a possible punishment.  The first phase was, and remains, the “guilt phase.”  During the guilty phase of the trial, the State has to put evidence before the jury that all the elements of a capital homicide prosecution are met and meet the standard of “beyond a reasonable doubt.”  The death penalty can be imposed in murder cases in which the killing was done in a cruel, heinous or atrocious manner: other States and the Federal system define this element in other words as well such as “especially heinous” or “cruel” or “depraved” and/or “depraved torture.”

All those terms have been litigated up and down the court system.  A useful understanding of this element or facts that must be proved before a finder of fact can impose the death penalty is that the nature or the killing was such that it is not a fast or painless death, or the killer tortured the victim before death overcame the victim.  Death is also imposed in certain cases in which the killing is a killing for hire, or done to escape detection (killing a witness), or the killing of a special protected class of individuals such as police officers, firefighters, rescue workers, judges, prosecutors and other special classes of victims.  Each state has or includes different special classes of victims in which the death penalty can or must be imposed.

What the Judge in Miami did was to strike down the new revised law.  Formerly, once a recommendation was made by the jury, and the recommendation had to be unanimous, the Judge could then decide on his/her own to impose death or not impose death. The U.S. Supreme Court last year ruled that plan or that structure unconstitutional and struck the Florida death statutes and their manner or method for imposing death.  The “new’ plan, the one that was found unconstitutional, had the jury decide by a vote of ten jurors to impose death and took the judge out of the process.  But the Miami Judge declared that ten is not constitutional and that the decision must be the decision of all twelve of the the jurors.