With a nod to the sports industry in United States, we turn our attention in today’s blog post to a current issue in basketball. The sale of the basketball team the Clippers in Los Angeles opens our door to the issue of competency. Competent to stand trial in a criminal courtroom? Competent to enter into a contract? Competent to sign a Will? These issues are all very different legally, and are light-years away from insanity as a defense to a criminal indictment. 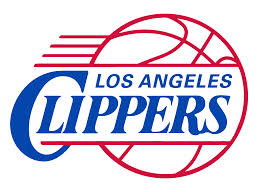 In the sale of the Clippers, it is a form of incompetency, which may force Mr. Donald Sterling to accept his share of a $2 billion deal, against his stated conscious intent. In criminal courts, the issue of the competency of a defendant is often the first issue raised by the defense attorney. Competency has different meanings in different legal situations. In Los Angeles, when the Sterling group, headed by Mr. Sterling’s wife, put their basketball team up for sale Mr. Sterling said ‘No sale.’ Notwithstanding his resounding “NO!,” reportedly, the sale is being forced through. The reason, according to the New York Times, is the now infamous Plan B in the trust document, which holds ownership of the Clippers. Plan B, we hear, says if Mr. Sterling is suffering from cognitive impairment the trust could enter into the agreement over his stated conscious intent to say no. Similarly, a criminal defendant can say yes, or no, but if the court finds incompetency, that is criminal incompetency, the process stops. Florida’s criminal laws define incompetency as the defendant’s ability to recognize aspects of the criminal process. All states, including Florida, have laws to define competency: That is the competency required of the individual to stand, or sit, before a judge and jury, and be tried under a criminal statute. In Florida, the Florida Rules of Criminal Procedure, Rule 3.210 and subsequent rules cover it. (Rules 3.211, 3.212 and 3.213). The legal standard for evaluating and finding competency (that means before anyone can be placed on trial as a criminal defendant) involves the following:

If after an examination by forensic psychologists, it is the opinion of the experts and the defense attorney that the defendant does not meet the minimum competency standards, then the judge must rule on the motion to stay the proceedings due to incompetency. In Florida, the state has five years to restore competency. If after five years competency cannot be restored, then the state can either drop the prosecution or have the defendant remain in a lockdown facility. The state can detain an incompetent person who is a danger to him/herself, and the community, and make some continued attempt to restore the competency of the accused. We opened this blog with a nod to Mr. Sterling and the sale of the Clippers basketball team. His wife, according to the New York Times, intends to force the sale over his objection, claiming his cognitive impairment is a contractual element and without cognitive impairment his stated desire can be overridden by the trust documents terms. I’m not privy to the terms of the sale and I’m not serving as advisor to any of the parties… But wait a moment my phone is ringing…I’ll be right back… yes hello Steve, Steve Ballmer? Yes… Yes… Yes… sure! I’ll be on the next plane… bye.