Congressional Republicans have been vocal in demanding the United States impose travel bans from African nations where Ebola infection rates are high. Travel bans have a long history of being of dubious value, and a look at travel bans imposed on HIV victims is informative. 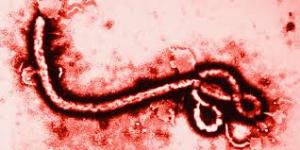 The United States government has previously imposed travel bans to control HIV infection rates. Travel bans were imposed and required waivers for the following categories: Spouses of US citizens with HIV, unmarried sons or daughters of US citizens with HIV, minor unmarried adopted children of US citizens with HIV, parents, persons eligible to self-petition under the Violence Against Women act, and refugees seeking humanitarian exceptions. The ban was reportedly ignored to a significant extent, but many persons (without any of the waivers) were removed, deported or denied entry by U.S. Immigration authorities. In 2010, the ban was lifted, but Homeland Security in the U.S. is considering it as a framework if political pressure persist in restricting entry from infected African nations.

Any legal ban would have to provide for greater travel freedom for US citizens. The United States Constitution, the “Privileges and Immunities Clause” recognizes freedom of travel as a constitution right. These rights, however, do not apply to citizens of foreign nations. It is unclear, but generally understood, that non-US citizens with legal status in the United States are afforded such travel rights. Historically there are some exceptions: look to the “Mann Act” for restrictions on travel between states of unmarried male/female companions. Cases such as Ward v. Maryland (79 US 418) are the basis for the constitutionality of such restrictions on travel. Balancing those rights is the “health and Welfare” clause of the constitution.

The current state of the law permits the Director of the United States Center for Disease Control to impose travel bans between states (nations) to control and contain “viral hemorrhagic fevers” Ebola is such a disease. The last legal challenge to quarantine laws came in 1902 when the US Supreme Court upheld the power of individual states to impose quarantines even if the quarantine effected interstate commerce. If the US government fails to act then individual States, exercising their police powers, can effectively control or ban the travel of individuals who do not comply with State reporting laws requiring proof of disease-free status. Regardless of the arguments that travel restrictions do not work, the increasing public pressure for action is expected to put State’s rights activists in the front of moves for states, such as Texas and Florida, to impose State restrictions in the absence of federal action.