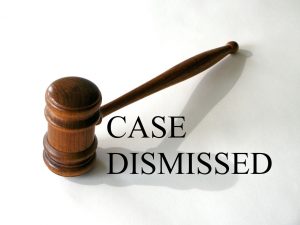 DEVELOPMENTS IN FLORIDA CRIMINAL LAW: DISMISSING CASES DUE TO DELAYS BY THE PROSECUTION IN FILING AND ARRESTING DEFENDANTS

Good wine, good romances, good cheese, all improve with age.  It’s also true of criminal cases.  One of the least  used and least understood motions in Florida is a motion to dismiss, under a Due process argument.

You can dismiss cases that were delayed in arrest and in the filing of charges if you can demonstrate your defense has been compromised and the prosecutor has no good reason to justify the delay.  It’s not uncommon for some cases to be late in the docket, what is also uncommon, and was surprised to me, is how few attorneys understand how to dismiss the case that is” long in the tooth “which means in plain English: old.  A recent case in my office involved a traffic stop in which a controlled substance was found after a search.  The prosecutor’s Laboratory took six months to process the narcotics.  The prosecutor’s office delayed filing charges for another year because it would’ve interfered with an ongoing investigation.

The client was arrested and charged with a narcotics violation that was over a year and a half old, and the case was dismissed.  The dismissal is based on federal cases involving delays.  Understanding this due process motion to dismiss you could probably teach your own lawyer some new tricks.  So, let’s take a look at it.  The first step in the process is to file a motion to dismiss claiming that your case has been prejudiced by the delay. In the motion you argue to the judge that the overlong period of time between the initial alleged criminal act and the charge caused you to lose the ability to effectively defend yourself.  This is step one, and this is the keystone argument; the delay caused me to be prejudiced in my defense.  Some obvious and standard problems are witnesses are lost, disappeared, memories fade.  You can also argue that had I been arrested at the time, I would’ve found witnesses to testify that I was somewhere else (for an alibi) or, had a defense that although the contraband was there you had  lack of control because someone else was there.  That argument that the delay caused you to lose a witness or defense is the keystone in the beginning of a successful motion to dismiss for delay.  At that point, the judge sees and realizes that you been prejudiced.  Now the State of Florida, that is the prosecutor, has to put on a very convincing argument that the delay was reasonable.

Current case-law Florida makes a presumption of 18 months as unreasonable.  Prosecutors also have to convince the judge that there was good cause for the delay.  One reason is that there was an ongoing investigation that would be compromised had they gone ahead with the prosecution. At this point, the judge has an option to either dismiss the case because of the delay or do a totality of the circumstances analysis.  At this point, your best recourse is to find an experienced criminal defense attorney in Florida who’s been reading some cases, or done some cases as I have, that successfully resulted in dismissals due to delay.  In the federal criminal courthouse there is a wealth of cases that can be relied upon to argue this dismissal motion.  Florida has some cases but most of the cases referred to the federal criminal cases involving these motions.  If your case is more than a year old and you allege and prove prejudice, (that is you lost the ability to defend yourself), point this out to your criminal defense attorney. Even if you lose at the trial level most appellate courts in Florida are very open to these motions into these arguments.  I’ve had great success in having the fourth District Court of Appeals review and affirm these motions.