This week, the U.S. Supreme Court released a unanimous decision on cell phone searches by the police.   It is now a requirement for police to have a search warrant to search a cell phone. 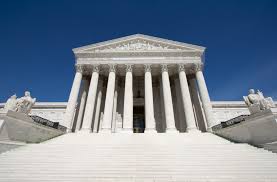 The Supreme Court observed citizens are under increasing governmental surveillance.  Face recognition software can recognize individuals with 20% of the  face covered.  Cellphones and mobile devices can be triangulated to location.  Voice recognition identifies individual voices, and artificial intelligence systems listen, screen, discern and know who said what to whom when and where.  Ten years ago the fractionated accumulation data did not mean anything other then geewizz tech stuff, until, the Justices observed, law enforcement agencies collected and collated the data to track individuals without a warrant.

The Supreme Court decision requiring warrants for cell phone searches stated that the assembling of available data to track citizens has constitutional implications.   May the government  assemble data to track citizens without a warrant is the issue.    The public debate goes from: “If I’m doing nothing wrong, then I have nothing to hide.”  To: “If I’ve done nothing wrong, I have nothing to prove.”   The landmark ruling holds:  a cellphone taken off a person in custody cannot be examined and used as a window into derivative content.   To do that, the police must obtain a warrant.  Getting a warrant means they have to present information to a neutral magistrate (Judge) that justifies probable cause that a crime has been committed or is being committed.

This is the first of what will be a decades long series of cases, as yet unfiled and as yet unimagined, to test the limits of governmental accumulation of seemingly harmless information.  Supreme Court decisions have recognized  a right of privacy, but commentators correctly point out that there is no constitutional language creating it.  It is argued that privacy rights have been spun of whole cloth by judges wanting  to create a legal concept of privacy rights without a constitutional basis.    Privacy has been defined as acts, thoughts, or exploits to the edge of an individual’s emotional and moral compass that are protected from governmental regulation.    Embodied in constitutional structure,  the Bill of Rights, grants government  limited powers.     The Supreme Court has given  a frame, a skeleton, upon which the law can flesh out limits that let government govern conduct but not rule lives.  Defined as such, the Court ruled,  it is reasonable for a warrant requirement before an intrusion.