Who is Steven Wise and why did the New York Times Magazine have him on its cover on last week? Steven Wise is an attorney who for thirty years has been a leading advocate of animal rights, but not in the way most of us understand. Animal rights have been created, or granted, by legislators to protect nonhumans, but nonhumans have never been afforded jurisdictional rights to seek relief in courts. All that will change if Steven Wise gets his way. His objective is for the courts to grant legal person status to nonhumans so that lawyers can sue on the behalf of animals and obtain monetary judgments. If he creates a basis in law for nonhumans to sue humans (he’s representing a chimpanzee suing a human) it will be a moment in history well worth remembering.  The basic starting point of Western law is jurisdiction. 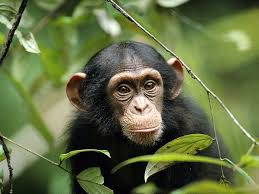 Jurisdiction is what a court grounds itself upon when it adjudicates cases and controversies, accesses damages, punishes violators of criminal laws, and enforces constitutional and statutory rights. In 2014, only persons can avail of courts and the definition of persons has historically been limited to human beings, corporate fictional persons and groups and entities that have been granted standing. If Steven Wise wins his case that will all change. Nonhumans are chattel. Chattel is property, and until the mid-nineteenth century women were legally considered chattel: in England they could not take title to property, could not inherit and could not enforce contracts until the women’s emancipation movement changed women from chattel to persons. Nonhumans are chattel under our legal system, and they can be owned, sold, transferred, and eaten. Soon, if Steven Wise wins his cases, nonhumans will have standing and can sue in courts for the right to be free of human abuses including living conditions, health care, and possibly the right to be not eaten at restaurants and homes as a dinner entrée.

The Nonhuman Rights Project has sued on the behalf of a chimpanzee named Tommy complaining of solitary confinement and abuse, seeking to be freed of captivity and granted asylum in an animal refuge. If the suit goes forward then humans will be called before courts and sued for the range of abuses and claimed damages by nonhumans including bovine (cows: dairy and beef), chickens, ducks (pate), squab, fish, turkeys and cats.