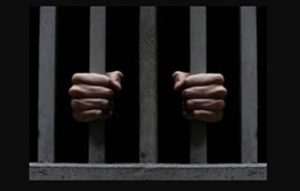 What to know if you are in inmate in a Federal Prison: The New First Step Act of 2018

For those who have family members or friends serving federal time the newly passed FIRST STEP ACT OF 2018 has now been reviewed for its projected population impact on current federal detainees.  The new Act was signed and enacted on December 21, 2018.  The impact of the act has been delayed because of the federal furloughs due to the impasse that affected federal employees during the Christmas 2018 three weeks federal shutdown.  Now the U.S. Sentencing Commission has issued a projected population impact on prison populations.  The Sentence and Prison Impact Estimate Summary can be found at: ussc.gov/…/January_2019_Impact_Analysis.pdf

What I have prepared is a summary of the population numbers which can and may be impacted.  Heralded as a major change in policy and implementation of release conditions for inmates the First Step Act of 2018 deals with six major subjects.  First it creates a new approach to Risk and Needs Assessments.  The Act creates a formula to reduce sentences served based on evaluation of the inmate’s likelihood of recidivism.  The Sentencing Commission and the Federal Bureau of prisons estimates that 106,114 inmate/offenders currently in custody can or will be impacted.   Section 102(b) increases good time credit available to currently in-custody offenders.  The estimate of the Sentencing Guidelines Commission is that 142,448 inmates are eligible for increases in good time credit.

Section 401 of the Act will only impact a very small number of inmates, estimated at only 56 offenders.  See the 851 enhancements for a fuller understanding of this reform or speak with a defense attorney specializing in federal matters.  The Act also broadens the existing Safety Valve departure but is limited to inmates with up to and less than four criminal history points in the pre-sentence report.  The estimate is that 2,045 inmates will benefit from this modification of sentence.  Section 403 impacts a very small number of inmates as if affects some, very few, firearms convicted detainees: an estimated 57 offenders convicted of a very limited list of firearms possession statutes.  The fact that the House, Senate and President Trump allowed any firearms to be included is a statement of how powerful the gun lobby is in the process of modifying federal sentences.  Even more to the point is the fact that this new Act exists at all.  If sentencing reform has any political will behind it then it should address a much broader pallet of issues and matters than the Act actually addresses.   Going further: Section 404 deals with aspects of the Fair Sentencing Act retroactively.  This section (404) affects 2,660 inmates in the custody of the Bureau of Prisons.  Lastly, the report covers Section 603, the Federal Prison Reentry Initiative Reauthorization Act.  This affects the status of 1,882 inmates.  By way of an overview: The First Step Act is not a reform of federal sentencing and terms served.  It does not claim to be such and is not a true nor comprehensive sentencing reform statute.  It does not deal with Sentencing Guidelines, nor sentencing policy considerations.  It is not a reform in that it only brings some modifications to existing policies and programs.  Recidivism recognition, that is that inmates who are not a risk to return to criminal ways, has always been a major consideration in all aspects of sentencing.  The First Step Act does set up a structure for evaluating inmates even if the sentencing considerations of their individual cases were addressed by the federal judge at sentencing.  If anything, the importance of the new law is that it states that the purpose of the Act is to assist inmates returning from prison to society have a better opportunity to successfully transition from inmate to non-inmate status.  Maybe.