In the late 1980’s, through the end of the 1990’s, criminal defense lawyers took on clients who were prosecuted in U.S. Federal District Courts in New York and Florida for acts that are now prosecuted under the Patriots Act. Internationally anti-terrorist military actions by the U.S. government on foreign soil are undertaken. 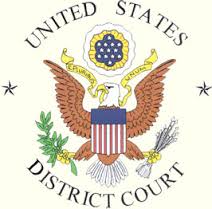 During those years my office defended, in court, “terrorists” who acted to advance Palestinian partisans, the Irish Republican Army, and other outlier political movements.  I personally had Palestinian and Irish nationals who lived in South Florida and were charged under money laundering statutes for what they characterized as political acts.  They were dealt with by the U.S. Attorney; indicted under federal criminal statutes and prosecuted in the U.S. District Court in the Southern District of Florida.  All this was to change after the events of 911. We are now in a brave new world where criminal laws and procedures have been put aside. When the Bush administration responded to the terrorist acts, hijacking U.S. air carrier aircraft and flying them into the World Trade Center and other U.S. targets, the administration declared a state of war.  The Patriot Act was subsequently passed and declared non-domestic participants as combatants without portfolio: not soldiers, not military personnel, but a newly created legal status of terrorist.   Terrorists are pursued across international borders, U.S. agents kill “targets” within the borders of sovereign states that have not declared war or joined as allies by war treaties.   Without prosecutions, due process rights, combatants and terrorists are killed in civilian quarters and rural areas of aligned but non-combatant states.   Some of those “targets” are U.S. citizens who have enlisted as agents of foreign terrorists groups, identify with those terrorist organization and commit acts which under U.S. law expose them to prosecution as traitors.  But they are not pursued, arrested and extradited under U.S. laws. Now they are targeted for extrajudicial (no arrest, no trial, no courtroom proceedings) killing by U.S. military personnel, private contractors and the use of drones.  The legal consequences will be explored in this and future postings. First a backgrounder on why the U.S. is in war status, and is operating without a formal declaration of war. The government of the United States is NOT pursuing those who prey on U.S. citizens under existing domestic and international criminal laws and procedures. Understand: a person accused of a crime is treated differently than a combatant in a declared war. A “terrorist” is a combatant stripped of the status of combatants under all existing international law and treaties. It is all new, and without judicial review, except for the special courts which are behind closed doors and not subject to review, except by the Executive Branch. Consider it as extrjudicial killings (State sanctioned killings of persons without open courtroom proceedings and reviews).

Had the Bush administration legally designated those actors as criminals then the only recourse the U.S. government would have is legal extradition.  Had Bin Laden been a declared a criminal, he would have had to be first indicted and warrants would have been issued.  At that point, the only way to remove him from Pakistan (or wherever) was the machinery of international extradition compacts.  Not all nations are parties to the United Nations treaties or direct treaties on the extradition of those accused of crimes.  The machinery of extradition is cumbersome, slow and fraught with litigation, most of which had to begin in U.S. federal courts.  The office of the Attorney General was not equipped to scour the planet to find and then begin the process of extradition of those accused and/or suspected of criminal acts in the territorial boundaries of the United States.  Declaring a legal war allows the United States to declare participants a new species of actor; not criminals, not soldiers, not foreign nationals, but persons without the protection of the Geneva Convention or any existing legal definition.   The execution of these persons by use of United States armed forces, private contractors and the use of drones to kill has and will in the future open up the United States and its designees (contractors and military personnel used abroad) to an as yet undefined status.   When the United States government designated the military to convene tribunals for public relations purposes it creates an entire new world of legal issues which will be explored in future blog entries.