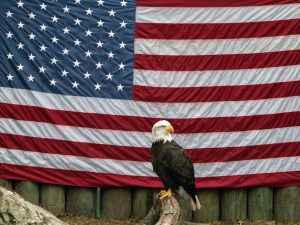 Hate crimes in Florida continue to increase every year and in significant amounts after the 2016 Presidential Election.  This is something of great concerns because Florida has always been the destination of choice for many immigrants and their families due to its cultural diversity. According to the Office of the Attorney General of the State of Florida, a hate crime is an act committed or attempted by one person or group against another, or that person’s property, in a way that constitutes an expression of hatred toward the victim based on her or her personal characteristics.  They explain that it is a crime when the perpetrator intentionally selects the victim based on one of the following characteristics: race, color, religion, ethnicity, ancestry, national origin, sexual orientation, homeless status, advanced age, or mental/physical disability.

The groups with the highest numbers of hate crimes both in Florida and the United States are: anti-immigrant, anti-black, anti-Muslim, anit-LGBT, anti-woman, and anti-Semitism groups.The people associated with these hate crimes call themselves “white nationalist” have no care or respect for other people besides those who fit their description of what an “American” should be.  According to the FSRN, the FBI reported that the country had a 67% increase in hate crimes last year and in Florida the increase of hate crimes was at 500% therefore, providing data that illustrates why this issue is so concerning.  They believe those number are much higher already and we are only half way through this year.

Hate crimes can be both verbal and physical because these crimes do not only involve people but the attacks can also be against churches and temples, schools, different public centers, jobs, different forms of transportation, on the internet, and even in people’s homes.   In the state of Florida, the top five types of hate crimes are: (5) larceny or theft, (4) murder, (3) simple assault, (2) intimidation, (1) destruction/ damage/ vandalism of property. According to the reports from 2015 by the Office of the Attorney General of the State of Florida, the cities with the highest numbers of hate crimes were Miami-Dade, Volusia, and Orange County.

The key element in determining these hate crimes is the motivation behind the act of these crimes. According to the Office of the Attorney General of the State of Florida, a prejudice remark does not necessarily make an incident a hate crime.  Law officers have a duty to thoroughly investigate the incident, find probable cause, and examine the physical evidence.  To best protect your loved ones and yourself is to read the Hate Crime Report Manual, and understand the definition of each crime and it’s elements.  If you feel that you are in situation that match any of the offenses listed in the Hate Crime Report manual, then contact one of the centers listed in the manual for immediate guidance and support.