Yesterday, on January 12th, 2016, the U.S. Supreme Court ruled that a portion of Florida’s capital punishment system is unconstitutional.  The Supreme Court, in striking this portion, found that only a jury can make the necessary findings that the defendant’s taking of the life of the victim was cruel, unusual, or heinous. 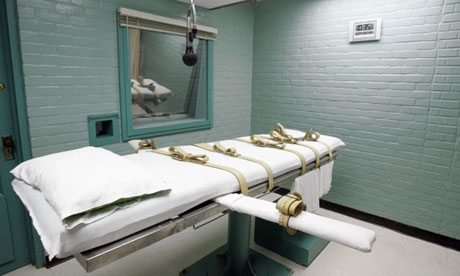 Under Florida’s capital punishment system, the jury is not required to make findings or required to make the vote unanimous and instead the judge makes the findings of fact required by the U.S. Constitution before the death penalty could be imposed.  But now the Supreme Court’s ruling has rendered this procedure in Florida unconstitutional.

The U.S. Supreme Court decision was rendered in Hurst vs. Florida, No. 14-7505, in which Timothy Lee Hurt was convicted and sentenced in 2000 for the 1998 murder of Cynthia Lee Harrison in Escambia County, Florida.

The Court took a look at Florida’s statutory set up and found it lacking.  This decision is one of a line of cases going back almost twenty years.  The Supreme Court is pushing States to require juries make findings of fact when those findings impose sanctions on defendants.

During the first step of Florida’s process for imposing a death sentence, the jury has to make a determination on the evidence as to finding a defendant guilty or not guilty, which is called the “guilt phase.” If a jury finds a defendant guilty of a capital crime (a crime for which the imposition of death as a sentence is provided under the statute), the judge then tells the jury to hold their seats, or return the next day, for the “penalty phase,”

During this second phase of the trial, a determination will be made as to whether the defendant will be sentenced to death or sentenced to life in prison.  During this penalty phase, the prosecutor and the defendant have the opportunity to present arguments, call witnesses, introduce evidence, and bring on experts for opinions for subjects a judge finds can aide the jury in their determinations.   At the conclusion of the penalty phase, the jury will be sent to deliberate over the case.

The next and final step in this procedure is what was ruled unconstitutional in Florida by the Supreme Court.  As the law currently stands, juries in Florida vote (a majority vote is used, not a unanimous vote) on whether or not to “recommend” the imposition of death as a penalty and then their recommendation would be given in open court. Then, the judge makes the decision of whether to impose death or not.  So under this system, if the jury recommends a life sentence instead of the imposition of death, the judge can ignore the jury’s recommendation and impose death.  Now, juries in Florida will be required to vote and make their own finding of fact of whether or not the crime was cruel, unusual, or heinous, and if so, make the determination to impose the death sentence.

Supreme Court Justice, Sonia Sotomayor wrote that under the Sixth Amendment of the U.S. Constitution, the jury is responsible for making the necessary findings of fact, and not the judge. That “… a jury’s mere recommendation is not enough.”

While the death penalty still stands in Florida, the U.S. Supreme Court only addressed the manner in which Florida goes about deciding whether or not to impose a sentence of death for a capital crime.