Increasingly the U.S. Attorney’s office has been actively pursuing men and women who were placed on Federal probation but have either stopped checking in or have violated their probation with a new arrest.   Federal probation is a sentence, just as is Florida state probation.  Violations of probation are most frequently one of the following: 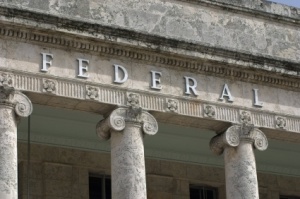 Probation is often part of a sentence and follows incarceration.  Violating probation has severe consequences.  If you are currently on probation, make certain that you are aware of all the terms and conditions. Please see 18 U.S. Code §3563, for the terms and conditions of federal probation. Florida Statute § 948.03 is the statute that contains the basic elements of what probation requires in Florida state court.

When and if one is placed on federal probation one is informed by a probation officer at the time of sentencing immediately after the federal judge imposes the sentence in open court.  You and your attorney will go from the courtroom to the Probation Office in the courthouse where you will be instructed.

If you have a violation of probation warrant, contact a criminal defense attorney.  Depending on your state or federal jurisdiction, the warrant can be handled in several ways.  One way is to appear before a judge and explain why you failed to appear (i.e. if the service was to a wrong address or you were hospitalized or incarcerated most judges will set aside the warrant).

The substantive elements of a violation of probation are two: a willful act which substantially violates the terms and conditions of probation.  Rule 32.1 of the Federal Rules of Criminal Procedure contains the post incarcerate laws on modifying probation or supervised release.

Upon being summoned, the Rule requires the federal judge or magistrate to advise you of what you did in violation of your probation or supervised release, and your right to be represented by an attorney.  If you cannot afford a private attorney, the federal judge will appoint a federal public defender.

You are entitled to a preliminary hearing, and at the federal preliminary hearing, the issue of jurisdiction (are you in the correct federal district), is primary.  If you are being held in the wrong federal district the court will transfer you to the jurisdiction of your conviction.  The magistrate can detain (keep you in custody) or release you.  If you are released, you must appear within a few days in the correct federal court.  The purpose of the hearing then becomes a court inquiry.  Taking documents and allegations of fact into consideration the magistrate must determine if probable cause exists to support the allegations of violation.  The federal magistrate must provide you with written accusations specifically identifying what conditions of probation or supervised release were allegedly violated.  The disposition is covered by 18 U.S. Code § 3565 and 18 U.S. Code § 3583.

If after an evidentiary hearing the magistrate makes a finding based on the evidence that a violation has occurred, one of three things can occur:

The only limitation on the length of any extension or probation or any term of incarceration is the maximum sentence under the Federal Sentencing Guidelines for the crime of conviction for which you were placed on probation.  Time served can and often is granted or credited toward any new prison sentence.  A sentence imposed by a magistrate can be reviewed by a federal judge.  If you are before a magistrate and not a federal judge your criminal defense attorney can follow the procedure to have the findings and rulings of a federal magistrate reviewed by a federal judge.