The FBI announced changes to its interrogation protocol when investigations concern national security.  Newer rules would allow profiling techniques, such as, mapping of certain ethnic groups.  In past years, civil rights concerns were raised about the use of racial profiling.  The FBI changed its interrogation policies as a result of those concerns.  In June of 2014, the FBI began to circulate a change in its new guidelines to permit racial profiling in national security investigations.  In a release that was made to civil rights groups and in a letter sent to Congress, the policy changes were announced.

The FBI said that the current rules made it difficult for agents to conduct terrorism probes. 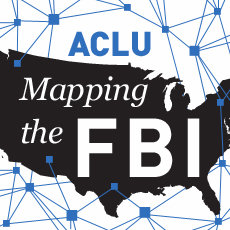 The Director of the American Civil Liberties Union’s Washington legislative office, Ms. Caroline Fredrickson, issued a press release opposing the changes in 2007.  Ms. Fredrickson’s comments were that removing restrictions on national security investigations would “…allow for racial profiling without question.”  Ms. Fredrickson’s comments were generally received as accurate, although the FBI statement reiterated that civil rights would not be violated with the change in investigatory techniques and protocols and limited the permissive use of racial profiling to only national security matters.  The FBI said that once an official of the FBI notifies the suspects of the nature of the investigation that the racial profiling limitations would apply from that point forward.  Due to the focus on terrorism, the FBI did not permit either a careful study or review of its proposed changes when it circulated the draft to members of the press and civil rights groups.

The new guidelines would replace FBI guidelines issued in 2007.  An FBI official said the new rules are crucial to helping the bureau become “an intelligence-driven agency that is not waiting for things to fall on our doorstep, but actually looking proactively for threats within the country.”

Racial profiling, which targets persons on their race or ethnicity, has been the focus of the American Civil Liberties Union’s requests to end profiling.  The FBI has said that race and color are not considerations in selecting investigation targets or investigations.  The use of national origin has given rise to FBI investigation techniques that catalog visual and facial clues, which it believes is a tool in investigations in national security, matters.  Law enforcement finds that racial profiling is a useful investigative technique.  By example: sexual battery is most commonly a crime involving a female victim and a male perpetrator.  In an effort to reduce sexual batteries, law enforcement may use sex as a factor.

Other examples of racial profiling that the FBI will use in national security investigations are statistically justifiable findings as to the national origin of terrorist.   By example: Few terrorist suspects are of German birth while a significant number of suspects are of Saudi or Pakistani birth.  It is argued that without profiling based on provable commonalities among suspects that investigations would be hampered, assets misappropriated and some preventable terrorist acts would not be discovered due to the mis-application of limited investigatory resources.