Two governors, Governor Christie in New Jersey and Governor Cuomo in New York, both announced quarantine rules and were undercut by President Obama.  The legal issue is whether a president can overrule a state governor on an issue such as quarantine.  Ebola, the viral infection that has killed 4,941 people (as of November 1, 2014) in Western Africa is on the minds of U.S. citizens.

Over the past weeks, the top stories have been about Ebola deaths, like the one of Mr. Thomas Duncan (who arrived in the US with Ebola and died in an American hospital), and Governor Cuomo of New York and Governor Christie of New Jersey.   Now, alarmingly, the news is about a Doctors Without Boarders physician from New York City who is in a New York hospital after riding on the ‘A’ train in the New York City Subway system.

A recent NBC poll finds that 71% of Americans want to quarantine anyone who has contact with a population of Ebola victims and the State vs. Federal conflict is at the top of the news. The science, at this moment, indicates that Ebola can be caught only if the victim has fever and symptoms, otherwise the infection is not transmitted. 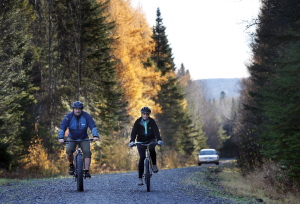 But what is the law on a State taking action, of which the Federal government does not approve. The first rule is the Preemption Rule, which is founded on the Supremacy Clause of the U.S. Constitution. Preemption starts with this: If the Federal government has a law, then the States cannot come in and overrule with a different set of laws. The legal response is that the States have the power to regulate health rules and laws within their jurisdictions. Back at ya: With the Health and Welfare Clause (aka the General Welfare Clause) which empowers the Federal government to act in the area of regulation of such matters.   Then we hear from the Tenth Amendment known as the State’s Rights Amendment. The Tenth Amendment empowers States to act when the Feds have not, which loops us back to the Preemption Rule under constitutional law.

Now the response is that when the Federal government does rule, as it seeks to in this instance with fewer restraints, the States can enter and make laws as long as they do not retreat from the Federal mandate. Think of voting rights and search and seizure laws. The U.S. Supreme Court has set the bar for what is a reasonable search and seizure, but many States have interpretations that grant greater protections: that can be acceptable under the Preemption Rules.

Then there is the politics of public perception and opinion. The 2014 mid-term elections are forecast to be a Republican win because of the public’s anger at a democratic administration that, on this issue, seems to be out of sync with 71% of Americans.  Now, if a legal challenge is brought to the U.S. Supreme Court, the Judges can pass on a ruling by finding that this is a political issue, not a legal question, and crawl behind the screen of judicial restraint and respect for a political issue that is not a legal issue.

It all comes down to asking the question in terms of rules of constitutional law. States Rights issue, or maybe it’s a Health and Welfare issue, or can we frame the legal issue under the Commerce Clause which gives the Federal government vast powers to regulate interstate commerce. Consider this: Is the spread of an infectious disease from one state to another something that has an effect on interstate commerce?  Yes. But if litigants frame this as a preemption matter…..or maybe it’s not a preemption issue because Governor Cuomo just expanded the Federal rules on what is a proper quarantine period.

The conclusion here goes to both the strength and the weakness of our form of government and the rule of law. Lawyers learn in law school that the likely winner in any legal conflict is the one who gets to frame the issue and thereby select the rules that a court will apply. Remember the old legal adage: A good lawyer knows the answers to questions, a great lawyer knows the right question to ask.