Ethan Couch, the teen dubbed as the ‘Affluenza Teen,’ arrested in Texas and placed on probation in 2013, is still months away from removal from Mexico back to Texas for sentencing after having fled Texas for violating his probation. 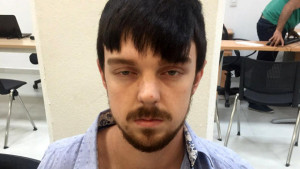 Procedurally, Texas has to go through the United States Department of State to request extradition of a citizen of United States. Most nations have signed the international extradition treaty.  Under the terms of the treaty, the host nation, in this case Mexico, will review the case before returning the US citizen. The inquiry, which could take several months, asks these two questions: Is the crime for which he is sought a crime in the host nation and is the crime a capital death offense?  If it is neither, then the host country under the treaty is not obligated to return the citizen of the requesting nation.

Couch’s attorney stated that his client has not actually committed a crime in Mexico, and that deporting him from Mexico would violate his rights. If his attorney is correct, then Couch may be able to stay in Mexico forever, or voluntarily return to Texas to deal with his violation of probation.

But Texas’ statutes make this situation a little more confusing because the law permits the imposition of the death sentence in homicide cases, even if the person is not sentenced to death.

Notwithstanding that confusion, the host nation, in this case Mexico, can still make the political decision to remove the U.S. citizen as a courtesy to the government of United States. Texas and Mexico have a long history, in fact Texas was historically a part of Mexico. Something the Mexicans remember very well.  Remember the Alamo? And even though the United States Department of State is requesting extradition, the state of Texas is the ultimate return destination.  Once those legal questions are resolved in Mexico, the process can go forward to address Texas’ request to remove Ethan Couch to the United States from Mexico.

In terms of Couch’s violation of probation, there is a serious a question as to whether or not Texas can prove a violation of his terms and conditions of probation. One accusation floated in the press is that he consumed alcohol while on probation. The evidence they have is a videotape purportedly showing him consuming alcohol. There are a host of major evidentiary issues that must be successfully proven by the Texas prosecutor before they can even go forward and ask the court to make a finding.  First, who made tape and is it admissible? Second, how can the prosecutor in Texas prove that the liquid was alcoholic and not some other unknown liquid in a bottle labeled as an alcoholic beverage. Then the Texas court has to make a determination that the violation is substantial enough for the court to revoke probation.

The next issue in this case is after the judge makes a determination, he then must decide to either modify the probation by extending it, or none of the above. Only after those hurdles have been crossed can the prosecutor in Texas even begin to float his requests for a prison term. And if things go that far, then the legal issue becomes the maximum sentence the court can impose under Texas’s youthful offender statute. In Florida, a young person sentenced under the youthful offender statute can only serve a maximum of six years in custody.  Those six years can be any combination of incarceration, community control, house arrest, or supervised release.